Exxopolis was a vibrant inflatable playground brought to the Sydney Opera House by the UK’s Architects Of Air in January 2014. The tunnels and domes are awash with kaleidoscopic coloured lights, altering (or distorting) the experience of these liquid spaces that span fifty-three metres in length by nearly nine metres in height (almost the entirety of the Opera House Forecourt).

In 1992, EGGOPOLIS luminarium was built in Nottingham, UK, with help from volunteers and the Community Service workers from the Probation Service. EGGOPOLIS toured the UK together with learning disabled performers from Springwood Day Centre and became a feature of Nottingham playschemes before becoming the first structure toured by Architects of Air. It laid the foundation for a success that has seen the Architects of Air luminaria visited by over 2 million people in 40 countries around the world.

For this luminarium, Alan Parkinson aimed to return to his roots and to involve local community groups in the build of EXXOPOLIS. The main dome has brought together different elements of design and sectors of community to create a celebratory centerpiece named the ‘Cupola’. Inspired by the circular space of the Chapter House of Southwell Minster, the ‘Cupola’ features perpendicular style windows that have each been made by different community groups and that are made up of small pieces of coloured plastic designed to create a ‘stained-glass’ effect. The design of these windows is based on Penrose tiling discovered by mathematician and physicist Roger Penrose. This particular tiling has an organisation similar to that found in Islamic tile patterns. 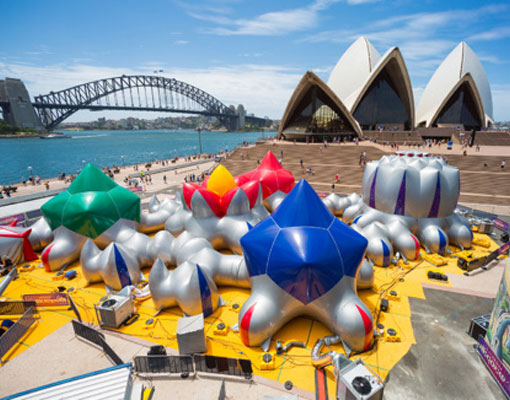 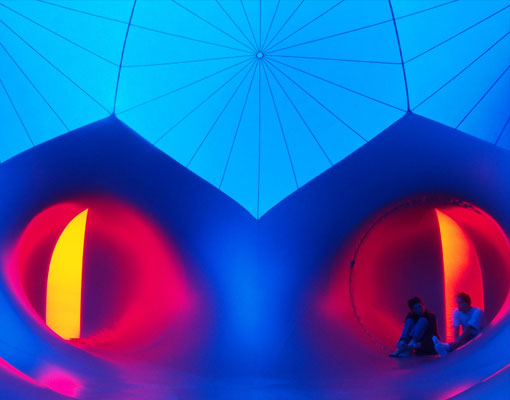 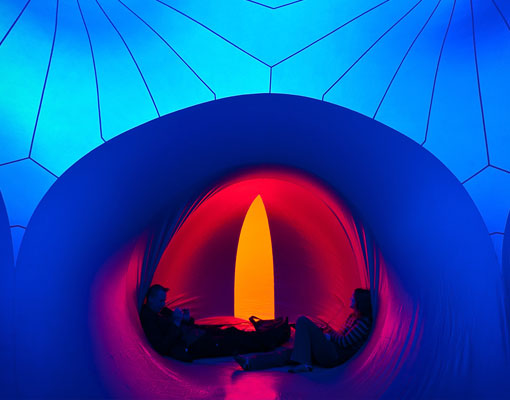 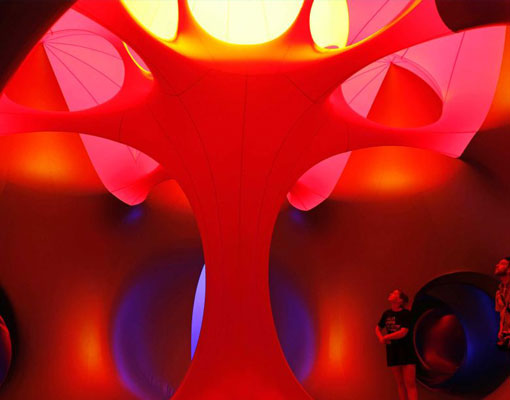 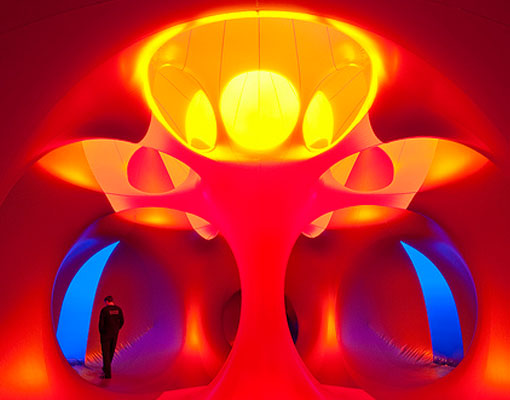 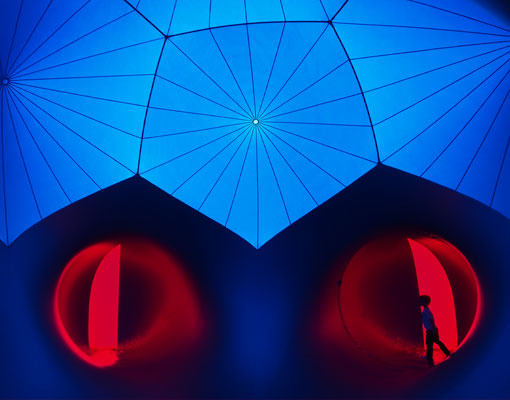 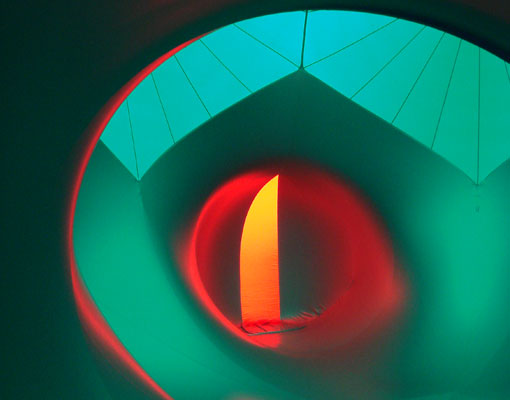 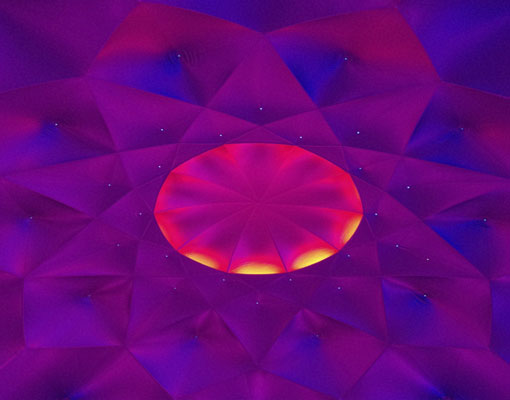 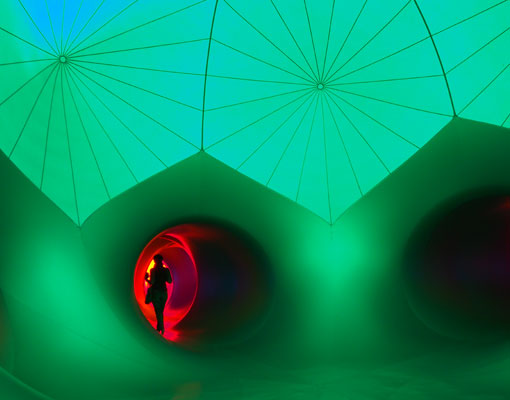 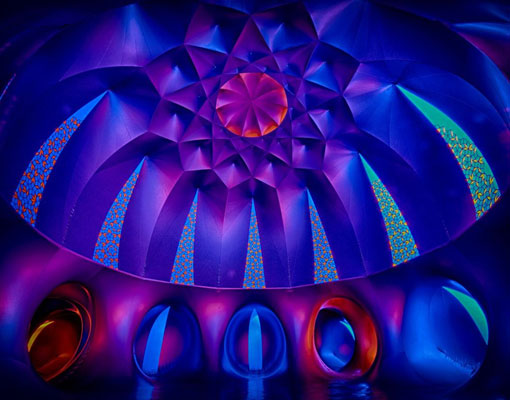 Sculpture by the Sea – Golden Hour

Todd Sampson’s Life on the Line

Cave Urban – Save Our Souls | Bondi